A cup of freshly brewed coffee is just the perfect solution to help us wake up in the morning.  It also provides us with the much-needed boost of energy to tackle a hectic day. Some of us prefer the decaf variety to enjoy all the goodness of a cup of joe without the potential side effects of regular coffee. One of them is the diuretic effect of coffee.

No, decaffeinated coffee is not a diuretic. Decaf contains barely any caffeine, which is responsible for causing a diuretic effect.  Thus, drinking decaf coffee will not increase the frequency of urination. It has the same diuretic effect on your body as drinking a cup of water.

On the other hand, regular coffee has a mild diuretic effect. Therefore, if you are particularly sensitive to the effect, choose a decaf coffee made with the best decaffeination method that removes the maximum amount of caffeine.

Diuretics are not particularly harmful, especially mild diuretics such as coffee, which adds more water to your body than causes your body to expel it. The main concern associated with diuretics is for people who have pre-existing medical conditions, such as diabetes, pancreatitis, gout, lupus, or kidney problems.

Common side effects of diuretics include:

How Is Decaf Coffee Made?

As we know, decaf coffee refers to coffee without caffeine. However, no decaf is completely caffeine-free. According to the USDA, Decaf should not exceed 0.10% caffeine on a dry package basis.

In simpler words, a cup of decaf coffee should have at least 97% of the caffeine removed from it to be classified as decaffeinated.

The process used to make decaf coffee impacts the amount of caffeine removed, as well as the overall taste and aroma of the resulting beverage.  This is because, during the decaffeination process, some of the numerous flavor chemicals of the coffee are also removed resulting in a less flavorful coffee as compared to regular coffee.

Following are three main decaffeination processes used commercially. All of these are carried out when the coffee beans are still green:

Does Decaf Coffee Have Any Caffeine?

Therefore, even if decaf is not completely caffeine-free, the amount of caffeine is minuscule and does not pose any health risk.

Can You Drink Decaf if You Have a Caffeine Allergy?

Caffeine allergy is very rare but extremely serious since people with caffeine allergy can have an anaphylactic reaction to caffeine. Moreover, some people lack the genes responsible for processing or breaking down caffeine, which causes a caffeine buildup in a person’s body leading to hypersensitivity.

People who are hypersensitive to caffeine show physical symptoms including rashes, swelling, sweats, and difficulty breathing. Therefore, if you are diagnosed with a caffeine allergy, it is not recommended for you to drink even decaf coffee.  It contains a few milligrams of caffeine.

Disclaimer: When it comes to medical advice, always follow your doctor’s advice and recommendation.

Can You Drink Decaf if You Are Intolerant To Caffeine?

The answer is most probably yes, you can drink decaf even with caffeine intolerance since it is not an allergy. However, the intolerance to caffeine ranges from light to strong sensitivity. How safely you can consume decaf depends on your sensitivity levels.

When it comes to regular coffee, the general guidelines regarding the safe amounts of daily coffee consumption may not apply to people with caffeine intolerance, regardless of the sensitivity level.

Most people can consume up to 400 milligrams of caffeine, without experiencing any adverse effects. However, hypersensitive people may experience symptoms even with the smallest amounts of coffee.

A number of factors that can result in caffeine sensitively in an individual include:

When Should You Consider Switching to Decaf Coffee?

As we know, coffee is a highly caffeinated drink and it is recommended to limit your caffeine intake to 400 milligrams per day. Depending on your choice of coffee (as each type of coffee has different caffeine levels), you can consume up to 3 to 4 cups of coffee in a day, safely.

However, if you drink more than the recommended amount, consider switching to decaf coffee during the later part of the day. This practice can have a number of benefits:

The caffeine in the coffee makes it a mild diuretic, with a 360-milligram dose having the greatest diuretic ability. Apart from being a psychoactive substance, which affects brain function, mood, and behavior, caffeine can also cause you to urinate more frequently.

When you drink coffee, the caffeine passes through the gut and enters the bloodstream. When it reaches the liver, it is broken down into compounds that influence your brain and the functioning of other organs, such as the kidneys. At high doses, caffeine can increase the blood flow to your kidneys causing them to release more water through urine.

However, contrary to popular belief, caffeine does not increase the risk of dehydration since the coffee you consume is counted as your daily fluid requirement.

Is Drinking Decaf Coffee as Good as Drinking Water?

Since decaf coffee is not a diuretic, it is an excellent way to hydrate your body throughout the day. Your cups of decaffeinated coffee can count towards your daily intake of water. However, nothing can replace the health benefits of water and you should not drink more than three cups of decaf coffee in a day.

Is Decaf Coffee Hard on Your Kidneys?

According to research on the effects of decaffeinated coffee on kidney function, high consumption of decaf coffee leads to increased formation of adenosine in the kidneys. This caused an improvement of the kidney’s excretion function. However, people with kidney stones and other chronic kidney diseases should limit the consumption of or avoid coffee.

Which Is Better for You Decaf or Regular Coffee?

Both decaf and regular coffee are rich in antioxidants and good for you when consumed in moderate quantities. However, drinking more than 2 to 3 cups of regular coffee can increase your depression and anxiety levels, aggravate ulcers and heartburn, and cause difficulty in sleeping. All of these side effects are triggered by caffeine, which is absent in decaf. Therefore, switch to decaf after your third cup of coffee.

To summarize, diuretics cause the urge in people to urinate more frequently and decaf coffee is not a diuretic. In fact, it is a great way to keep your body hydrated. It also contributes to your daily requirements of antioxidants, potassium, and magnesium. On the other hand, regular coffee is a diuretic, albeit mild, due to its caffeine content. 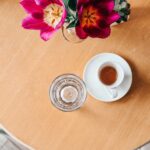 Why Does Decaf Coffee Taste Different? 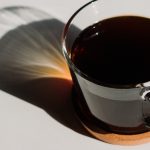 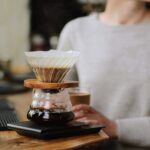