Who Said Good to the Last Drop?

Who Said Good to the Last Drop?

The phrase “good to the last drop” was popularized by Teddy Roosevelt during a visit to The Hermitage, Andrew Jackson’s estate. The President had just finished his first cup of Maxwell House coffee when he asked for a second cup. After he took a few sips from it, “Good to the last drop!” he said with trademark humor.

This phrase has since become associated with MHC in Nashville, Tennessee. The company has been making coffee since 1892, and today, over 1 billion cups are served daily!

What’s the Historical Connection Between Maxwell House and the Phrase?

The phrase “good to the last drop” has been associated with Maxwell House for decades, and it’s one of the most recognizable slogans in the world. So, do you know how that phrase became a part of Maxwell’s history?

Maxwell House was started in 1892 by Joel Owsley Cheek when he bought an old coffee mill on 13th Street in Nashville from his brother-in-law. He later changed the name to MHC  and moved operations to St. Louis, Missouri.

In 1927, General Foods Corporation purchased Postum Company and its brands, including MHC. General Foods was founded in 1901 by Charles William Post after he invented Grape Nuts cereal. Today they make hundreds of products, including Jell-O pudding snacks and Kix cereal breakfast bars!

In 1985, Philip Morris Cos. Inc. purchased General Foods Corporation, making them one of the largest food companies in the world at that time. This purchase marked the beginning of a new era for Maxwell. In 1991, Maxxam merged with Kraft, Inc., another large food company in America today.

The merger created Kraft General Foods (KGF), later renamed Kraft Foods Incorporated (KFI). In 2001, KFI sold its coffee business to Sara Lee Corporation, and today Sara Lee produces MHC under license from KFI as well as other brands such as:

Other Theories Behind the Phrase

“Good to the last drop” is used in American advertising for Maxwell House coffee. Since then other theories behind the phrase have since come up.

Roosevelt was known for his love of strong, black coffee. He drank it every day, sometimes more than once, and he didn’t like anything added to it—not cream or sugar or even milk. He simply drank it straight up.

It seems he was possibly describing how his body felt after drinking a cup—perhaps his nerves were calmed or even excited by the caffeine jolt he got from each sip. In other words, he felt “good” until the last drop was gone from his cup, and then he felt “better” as it finally wore off completely and left him feeling “best.”

This theory suggests that Teddy Roosevelt coined the phrase in 1907 while on a hunting expedition in Mississippi. After drinking some of his friend’s coffee, he said it was “good to the last drop.”

Another theory says that this phrase was coined by an advertising company called Sorenson & Co., based in New York City. In 1908, they were commissioned by MHC to promote their brand through ads in newspapers and magazines.

They created a slogan for their client: “Good to the last drop.” It became so popular that it became synonymous with MHC.

According to this theory, a British brewer in the 18th century wanted people to finish their beer. He used this phrase on his signs advertising his product, and it caught on.

Did the Phrase Good to the Last Drop Have a Jingle?

The phrase “good to the last drop” had a jingle. The jingle was written by Raymond A. Levack, who also wrote other famous advertising jingles such as “I’d walk a mile for a Camel.”

Is Maxwell House Good to the Last Drop?

The taste of Maxwell House Coffee is good to the last drop. The taste is smooth and rich, with a hint of chocolate.

During a visit to Maxwell House in Nashville, Teddy Roosevelt is often credited with popularizing the phrase, “good to the last drop.” Since then, other theories have come up to try and explain the phrase’s origin, including Sorenson & Co., Brewer, and Hunter’s theories. 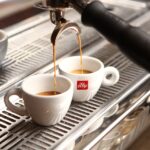 Why Is Illy Coffee So Expensive? 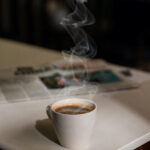 How to Get Rid of Coffee Smell 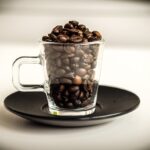